The Most Dangerous Streets in Costa Mesa to Walk or Bike

The Most Dangerous Streets in Costa Mesa to Walk or Bike

Three streets in Costa Mesa are particularly dangerous, with much higher rates of pedestrian accidents and bike accidents than others.

Knowing which streets are most dangerous can help you choose safer routes around the city, and can make you more cautious if you're on one of the streets where the risks are higher.

Between 2014 and 2018, 162 pedestrians were hit by cars in Costa Mesa, California, including 9 fatalities. That works to more than 3 auto versus pedestrian collisions per month.

The second most dangerous location for pedestrians in Costa Mesa was near Orange Coast College, with a number of pedestrian accidents surrounding the OCC campus on Harbor Blvd. and at Adams Ave.

The third most dangerous street for pedestrians in Costa Mesa was West 19th Street, particularly at its intersections with Harbor Blvd. and Pomona St.

The most common time for pedestrian collisions was the late afternoon/evening, with a surge on Fridays and Saturdays between 3:00 p.m. and 9:00 p.m.

During the same time period, there were even more bicycle accidents in Costa Mesa than pedestrian accidents, resulting in 238 victims.

Bicycle accidents were more likely to occur on weekday afternoons. The two days with the highest rates of bicycle accidents are Wednesdays and Thursdays, from 12:00 p.m. to 6:00 p.m.

This data about where collisions are most common can help you reduce your risk of being involved in a car accident by choosing a safer street to walk or bike when possible. Taking the 55 Freeway would be the fastest way for my wife to get to work, but she takes surface streets where traffic drives slower. Or if you do walk or ride on one of these streets, be extra alert for cars.

Note: The data used in this article comes from a report generated by the UC Berkeley Safe Transportation Research & Education Center (at my alma mater), in conjunction with California Walks and community members from the city of Costa Mesa. Their full report can be read here.

Costa Mesa bike accident lawyer Blaise Patzkowski is a cyclist and advocate for the rights of injured bicyclists and pedestrians in Southern California. If you or your family member was hurt in a bicycle or pedestrian accident, please contact Mr. Patzkowski. 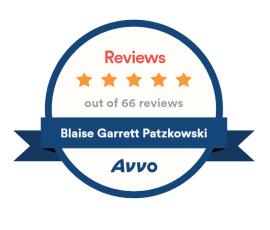 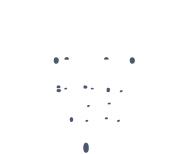 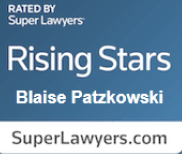